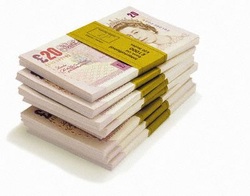 No job = no income = spending money which isn't replaced = trip erosion. Lets get going shall we !
(Sept 2011)

I've tried to fill in some gaps in this site left open on other sites. I've been reading other sites for a few years, been planning this for about two years and I've have questions that other authors have left unanswered. So how can someone afford this type of thing?

There's more than just the immediate financial impact of upping sticks and leaving the UK to consider. There are Pensions, Tax, Savings, Jobs when you get back and all sorts of  aspects to this, some of which I may not have even thought of yet.  So how can  we afford this?

Firstly, I've had some pretty good jobs over the years  where I've been lucky enough to be paid a good wage. Julie was with the same  company for 21 years but got made redundant this year. We were planning to use  the (huge) lump sum for this trip. Enough of a lump sum to fund the two years,  which we imagine, is about £40,000 (without contingency and other marvelous things). More on that in the costs page. However before you say "ah! that's how  they have done it",,,Julies employer went bust and left her with the minimum the government allow, barely enough for 5 months. So how can we afford this?

We're not selling the house and with not having any other income to speak of whilst we are away i am asking myself the same question. However, we've  been saving like lunatics for years. As I said we have been lucky to have had good jobs, we still do. Rather than spend a fortune on stuff, we save. This is mainly my doing of course but we still enjoy the stuff you should enjoy and spend money on holidays etc. but we've saved and we have saved a lot. This is the tight Yorkshire-man again (read my About Us page) I've been made redundant myself twice and got a bit of money which I promptly lost on some shares and we've had no other income than the jobs we had. Neither of us earns a fortune but we had an income that allowed us to save up.  So how much do we think this will cost? All together for the for trip which is two years planned duration we calculate £20,000 per year, £25,000 on the car and £10,000 contingency. So £75,000 to save up. We've done this slowly and finished the car over 2 years so distributed the cost and spent some savings on that to get it finished. The other money has taken about 10 years to save up. You could say we've been saving £7,500 per year. A lot of money !

So about that pension. I might die tomorrow so who  cares. I might possibly care in 25 years time though when it comes round to  it. "and about that income earned from that property you are renting out"  says the Tax Man...........how do you pay Tax when you're not in the UK. I'm yet to answer that one. I'll get more into the administrative side of this on the planning pages.
31/07/2011

What did we learn from going on the first trip? Well  it seems as though it's a bad idea to spend all of your capital. The trip would have been to get some investment properties rent them out and take an income and spend the income and only a little bit of the capital. However you live and learn. Next time round we're going to get some investment properties rent them out and live off the income we reckon this should be about £1,500 a month we think. This won't be as flexible as we had last time spending money in the bank after saving up for 10 years but at least it will enable us to carry on for as long as we want. If we live frugally we can probably carry on forever however there is always the eventualities that you need to cost in, things like breakdowns and emergencies. So I'll end up having to have some float in the bank to enable us to do stuff in case of emergency. Can you imagine what coming home from somewhere far away is going to cost. It's all a bit of an idea at the moment as we still don't have enough money to do anything. We do know of other people however that run rental properties and have enough to fund their trip. So it must work.
19/09/17